This exploratory workshop aims to discuss preaching texts and their communication in several liminal spaces of the later medieval Western/Latin world in a comparative manner. Medieval preaching has been fruitfully studied as a means of inciting believers to lead a life according to their faith and as a channel of communication between religious agents and a larger lay public. However, it has been less explored from the perspective of institutional, intellectual, and social developments in ‘frontier’ areas, broadly construed as both geographical and cultural spaces, such as Iberia, Scandinavia, Eastern and South-Eastern Europe, the Eastern Mediterranean, the Baltic Rim. 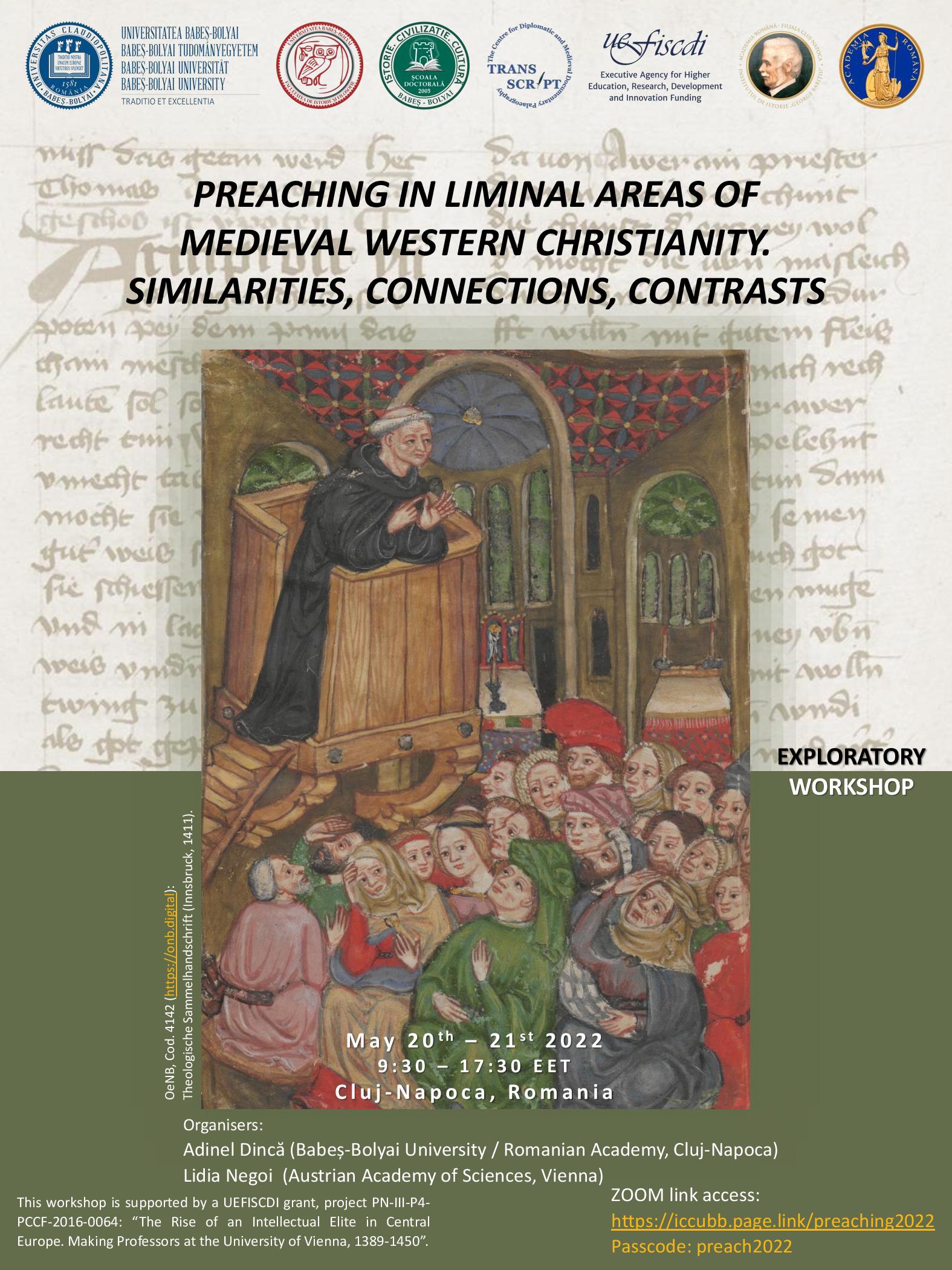