Conferința internațională Cultural Pluralism and Identity in European Politics after 1945

The aim of the conference is to discuss, historically and comparatively, the concept of cultural – national, ethnic and religious – identities and their role in the domestic, transnational and supranational European policies and politics, from 1945 until now.

The question of cultural identities had a significant impact on 20th-century European history and has continued to be an important legacy since the postwar era, through the post-Cold-War and post-communist times, right up until the 21st century. Fascist regimes, and in particular Nazism, defined cultural identities from a racial perspective, whereby entire ethno-cultural groups were considered ‘inferior’, doomed to exclusion or even annihilation. Stalinism wanted to invent the ’Socialist nation‘, thereby traditional identities were in fact annulled in the name of creating the New mankind. The fall of the Iron Curtain resulted in a major revival of cultural diversity in the former Eastern Bloc, while the exacerbation of cultural differences in the post-authoritarian Yugoslavia led to the state’s dissolution and bloody conflicts. In the 21st century, the construction of the European Union is linked to the acceptance of differences as regards cultural identity, one element of its cohesion being the creation of a space of democracy, solidarity and peace.

Cultural identities can be defined through various legal and political documents, statements and acts authored by both national states and supranational actors. Self-definitions of cultural groups may also respond to state and institutional policies. Finally, grass-roots actors are able to actively influence policies at national, transnational and supranational level. We will discuss these multidirectional relations between cultural identities and politics, including both the top-down perspective of state policy (by state representatives), ranging from practices of discrimination to assimilation and integration, including granting autonomy; the perspective of the activities of different local groups and NGOs, activists, journalists and academics; last but not least, the broader perspective of international organizations, such as the European Union. 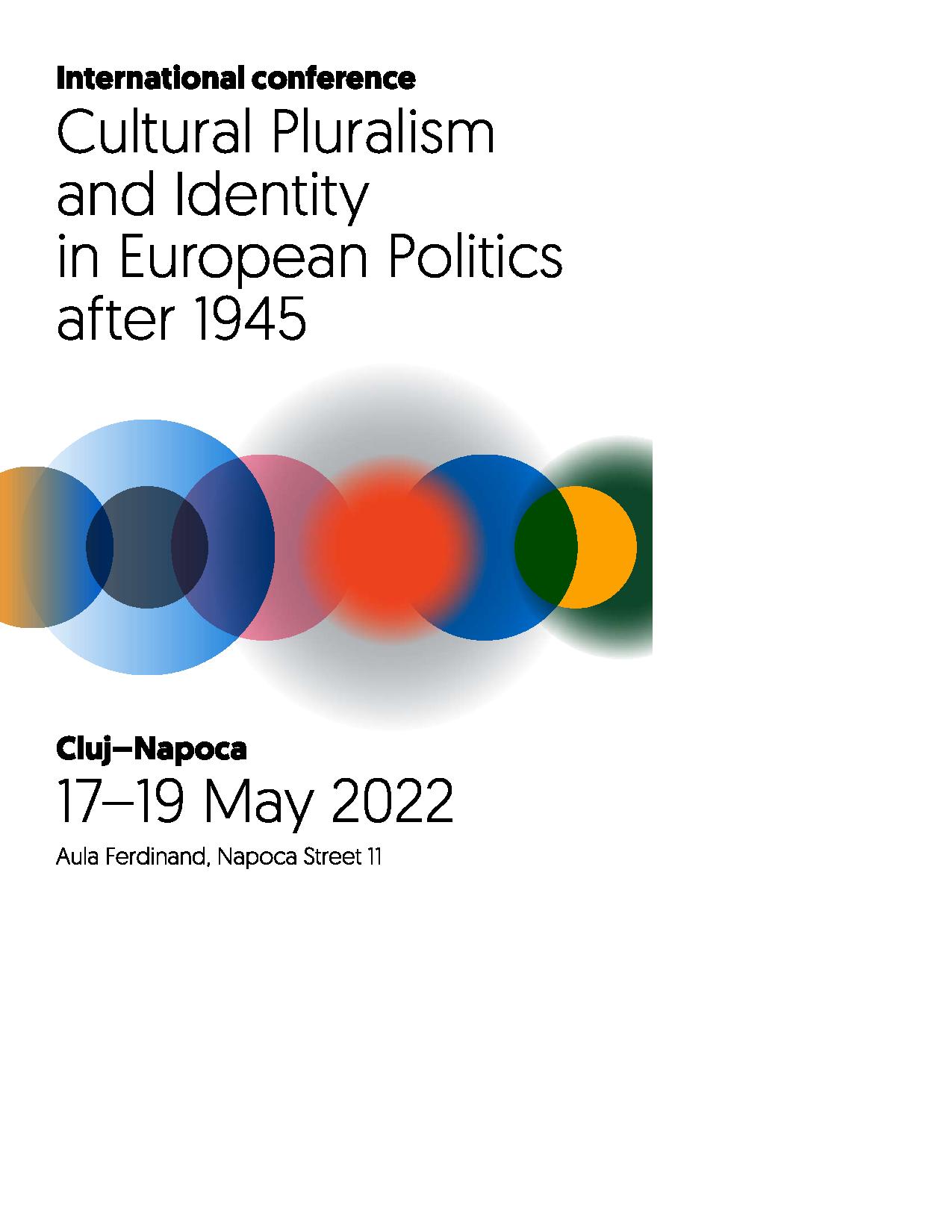